Here’s what happens next…

Bank fraud is a widespread problem in this country, especially since fake IDs have become more detailed and undetectable. Using a fake ID to commit fraud inside a bank is nothing like a bank robbery.

When bank fraud is committed, the person committing fraud first discovers a bank account that has a lot of money and is relatively unvisited.

The fraudster then makes a forged identification document with all the right details they’ll need to pass off as the person. Then they go to the bank to try to withdraw money and or gain access to the bank account. There have been recent instances in news reports about a group of people who wanted to do the same and were caught.

Fake IDs: Only for Freshmen Not for Scammers

People fail to understand that novelty ID market is mainly an attraction for teenagers trying to get wasted and have fun. These cards are not intended for financial frauds or other crimes. But that doesn’t stop them from trying.

During the months of April and May, one woman and three men conspired to use fake IDs to impersonate people so they could get access to their accounts.

They planned to use their IDs to impersonate the bank account holders. Once the bank believes them and gives them access to the funds, they would either withdraw a large sum of money from the account, or they wanted to gain full access to it by requesting a debit card so they could use the bank account whenever they pleased.

The three male suspects were between the ages of 19 and 22. However, the female suspect, Danielle Guzzetti, was over twice the men’s age as she was 52 years old.

Altogether, the four would-be criminals travel from New York City to the city of Essex in Maryland, in order to fulfill their criminal activities.

The site of their attempted bank fraud was the TD Bank at 1800 Eastern Boulevard. Together, three of the four fraudsters walked into the bank to try their hand and try to get a bad check cashed.

That was when Guzzetti decided to go to a TD Bank and pull up to the drive-thru teller window.

Guzzetii then handed the bank teller her fake ID through the window. As she did so, she requested that the teller give her an ATM card that was associated with the name on the fake ID. This request came off as suspicious to the teller.

If she had lost her card, all she had to do was request to get a new one through the app. And if she wanted a new card from the bank directly, then she would have to bring some form of identification, like a statement or paperwork from the day the account was opened, that shows she is the account holder.

Entering into the backside of the bank, the teller called the police and stated to them that a woman was trying to commit identity fraud and can access to an account that was not hers.

The sight of their team member being captured caused the other three men to flee from the bank.

Once the police realized that the remaining men had fled the scene, they initiated a search party to look for the men on foot and by air.

On June 17, 2020, police were able to track them to a single road called Earhart Road, and once they were found to be in the area, the police shut down thruway traffic around the suspects. They did so because they had received a tip that stated the fraudsters might be armed. Closing down the area helps minimize the likeliness of a civilian being shot.

The final three suspects, who are now officially identified as Denzil Bailey, Sha-lee Felder, and Lenny Smalls, were apprehended altogether as they were all hiding on Earhart Road. They had seen the police searching for them and thought it would be a good idea to hide outside under homeowner’s plant bushes.

The search and arrest took several hours, and many civilians in the area were surprised to see the police searching for possible criminals in their own neighborhood.

But they were not surprised to see a crime happening in their city. Essex, Maryland, is a city with one of the highest levels of criminal activity in the country.

Each suspect was charged at the police station with both fake ID and identity fraud charges. After a short stay in jail, they posted bail, and the judge released them on their own recognizance.

This means that they can stay in their own homes as they await trial. By being released by their own recognizance, the court does not find them a travel risk, and they are not a danger to the community.

When the time comes for them to face trial, they are trusted to return to the courts, and it is assumed that they will not flee.

The police posted an anonymous tipline in case someone out there knows the suspects and has information on any previous crimes they are guilty but have been punished for.

While the vast majority of our customers only seek to use fake IDs so they can purchase and drink alcohol, fake IDs can be used for any reason you want. Unfortunately, this group of people decided to use their fake IDs to steal money from a bank.

Because of their actions, they will probably receive at least five years in prison, which is a far cry from the consequences you receive if you are found drinking with a fake ID. So what do you think? What are some other drugs that can be committed by having a fake ID? 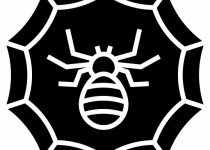 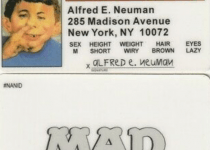 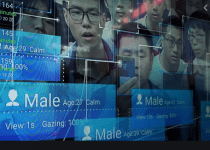