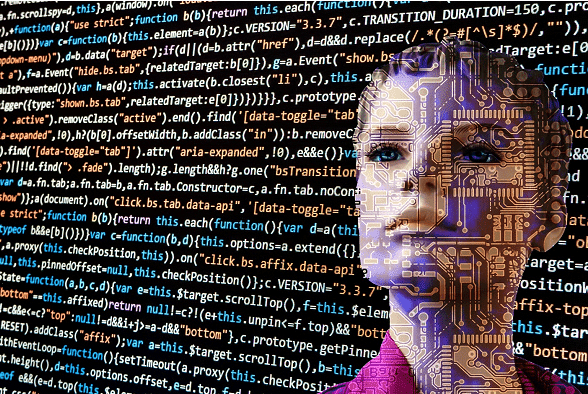 If you took someone from 1920 and brought them to the future, can you imagine their reaction to our current lifestyle? In 1908, the first Model T Ford rolled off the assembly line. In 2008, Tesla released the first electric Roadster.

The mobile phone, email, curved flatscreen color TV, laptops, and all the conveniences of life we’ve come to take for granted – That would seem unbelievable to someone from that era.

It’s crazy to think of how far tech brought us in the last two decades alone. Nowadays a fax machine is a relic, but people were using them a little over 20-years ago. That’s not a lot of time and thinking about what lies ahead in the next 20-years of tech development boggles the mind.

The Emergence of Artificial Intelligence

A couple of genius minds collaborated to form the beginnings of what would grow into the artificial intelligence sciences of today.

John McCarthy, Alan Turing, Marvin Minsky, and Herbert A. Simon were among the first to coin the term “Artificial Intelligence” back in 1955. This group was the initiator of the infamous “Dartmouth Conference,” which formally announced the start of AI as a field of the sciences.

The seeds of AI came from a need to describe the complicated process of human thought using mechanical manipulation of characters, symbols, and numbers. The initial fruits of these AI projects led to the development of the first digital programmable computer in the 1940s.

AI has come a long way over the last 60+ years, and with the advancements in tech since 2000, artificial intelligence is taking off.

Speak to anyone that’s misinformed about AI, and they’ll tell you that it’s a matter of time until SkyNet deploys the Boston Dynamics drones, and the machines take over. The reality is that AI is probably still at least 10-years away from being able to end the world like a scene out of the Terminator movies.

On episode #1211 of the world’s most popular podcast, Joe Rogan interviews Dr. Ben Goertzel. Dr. Goertzel is one of the leading minds carrying on the work of McCarthy and Turing. In the conversion, he mentions that the “Singularity,” is around 10-years away, give or take.

Beyond the Black Mirror

Did you watch the popular Netflix Series Black Mirror? In the third season, the episode “Nosedive” brought our attention to the use of social credit score systems. In this twisted piece of TV programming, we follow Lacey.

Lacey is part of a society where everyone uses their phone and shares information on social media. However, everyone gets a score out of 5-points, and that determines your status in society.

Through the episode, we watch poor Lacey go through a series of calamities that turn her from a social starlet into an unwanted hag. All in one day – but what a day. Sorry for the episode’s spoiler alert, but it was 4-years ago, and we figured everyone had seen it by now.

The reality is that Communist China implements this exact authoritarian system on its people. Yes, you read that right. Nearly 2-billion Chinese people are living in an episode of Black Mirror every day. China uses a complex network of facial-recognition cameras that blanket all the major cities across the country.

These cameras can single-out and identify individuals in large crowds of people in city centers. The power of this technology is astonishing, and it controls all Chinese citizens’ movement and behavior.

The Chinese Communist Party uses this tech to track everything its citizens do. If you live in China, the government has direct access to your life. It uses networks of smart city devices and hundreds of thousands of AI cameras to track citizens wherever they go.

Fail to pay your bills on time? Didn’t cross the street in the right place? Get in an argument? Speak out against authority on social media? All of these “transgressions” against society go against your “social credit score” issued by the AI system.

Citizens with low social credit scores can’t get leases, they can’t apply for credit, and the government won’t even let them travel outside of the country.

Can you believe that your social credit score in China determines whether you can buy a train or plane ticket? – Dystopian indeed, still it’s a reality that billions of Chinese live with every day.

So, where are we going with all this?

AI – Artificial Intelligence can be used to detect fake IDs

American companies already have the technology available to launch a similar surveillance tech of its people. However, the constitutional laws governing the land forces shady government organizations to do their spying behind FISA court orders and other related government documents.

According to whistleblowers like Edward Snowden, there is no official use of a social credit score system in the US, even though government agencies continue to use tech to spy on its people.

However, we have to wonder at what it would take for the government to launch a country-wide identification system that allows for the instant ID and tracking of anyone in the system.

In fact, Oklahoma & some other US states have rolled out digital identification system. Which maybe a concrete step towards adopting AI to help eliminate fraudulent IDs.

To monitor the movements and track the ID of over 365-million Americans could be challenging. Still, we’re sure some dedicated government tech-heads already have a solution to that problem waiting in the wings.

Unfortunately, this level of tracking on Americans by the government can lead to two vastly different outcomes.
On the one hand, we argue for the government, stating that AI identification will benefit our lifestyles, bringing us together as a safe, secure, and transparent society. We won’t have to worry about the threat of terrorism, and we’ll know where the good and bad guys are at all times.

The counter-argument says that by amending legislation to allow for this level of AI-managed identification and tracking system is stripping Americans of privacy. The reality is that the government is more likely to use the tech for tyranny rather than liberty – history proves that to be the case. 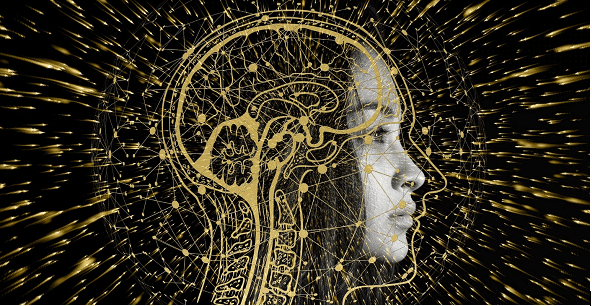 At the beginning of 2020, the world hardly took any notice as a novel coronavirus emerged in the Chinese city of Wuhan. However, a few months later, the same virus would bring the world to its knees. With millions infected, and the death toll already approaching the hundreds of thousands, the globe is running through a series of economic and social “Lockdowns.”

The lockdowns quarantine people in their homes as the government desperately attempts to bolster medical systems to deal with a spike in demand for ICU care. Countries that let the virus overrun the medical system end up with a far higher body count.

Therefore, governments around the world decided to implement lockdowns to “flatten the curve,” and control the spread of the coronavirus.

The United States resisted the need to lockdown at first. However, when it took hold of New York, killing tens of thousands of citizens, the majority of the US went into lockdown.

That same person we brought back from 1918 would be facing a pandemic as well. The Spanish flu killed an estimated 20 to 50-million people worldwide in three waves over two years. However, they didn’t have the same technology as we did back then.

Today, we can use AI systems to track and trace all infected individuals. South Korea recently released a report saying it used AI identification and tracking in its camera system to reduce the spread of a second outbreak.

Will western cities like London, New York, and Los Angeles start implementing AI ID tracking through its city camera network? We know they have the infrastructure, but will they ever manage to pass this sort of monitoring and surveillance bill through the senate?

Would Americans be willing to join a vaccination program that comes with a “Digital Immunity Passport?”

What would society look like if AI-controlled our access to facilities and amenities in our community? How long would it take before Americans found themselves living in the same dystopian social credit score system as the Chinese people?

AI is a game-changing technology. Identification is an area where it will have a considerable impact on social constructs. AI is undoubtedly going to change the way we communicate with each other and with authorities. We can only hope that Dr. Ben Goertzel is right, and the American government, along with the other governing bodies of the world, will use the tech responsibly.

We guess that time will eventually tell us how this plays out. How do you think AI will integrate into the identification system of the future? Let us know your thoughts in the comments below. 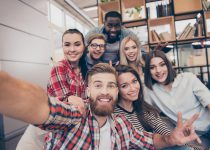 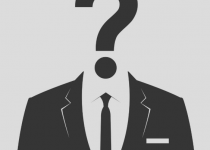 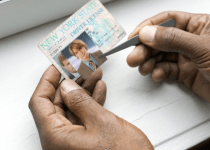